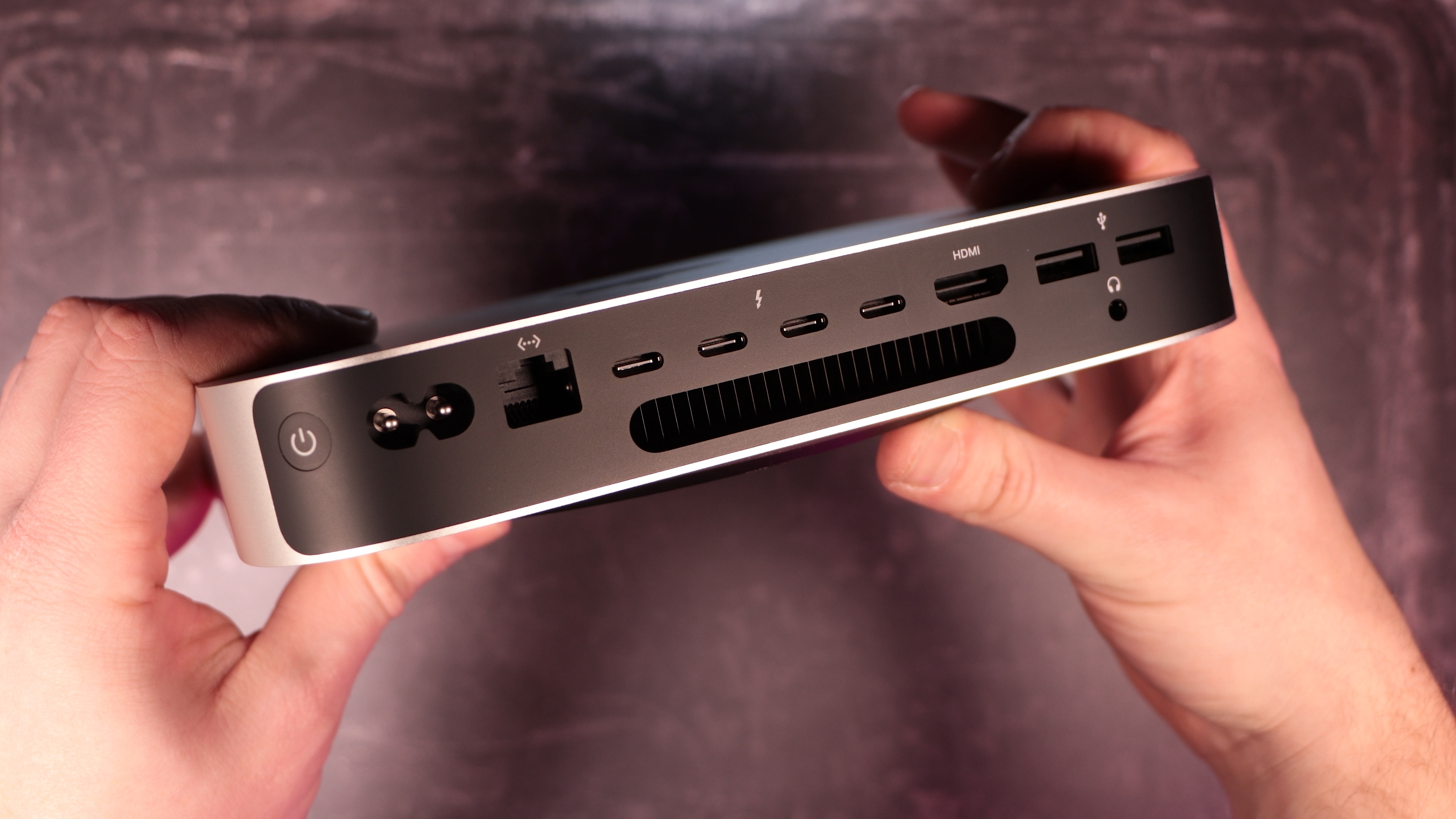 When Apple announced the new Mac mini (M2), one of the interesting tidbits was that its HDMI port has been upgraded, although only if you get the version with the M2 Pro chip.

Support for 4K at 120Hz natively, or 4K at 240Hz using Display Stream Compression (DSC) tech, are now available in that model, and both are nice – but what really made me sit up and take notice is that 4K HDR is now supported, for the first time.

We’re only talking HDR10 right now (the most ‘basic’ and common form), but that’s still a major step up over the ‘no HDR at all’ we previously had. Apple does support the more advanced Dolby Vision HDR format in macOS (the mini-LED screen on its Pro laptops takes full advantage of it, as we discuss in our MacBook Pro 16-inch (2023) review), but not over the HDMI port currently.

But still, with HDCP 2.2 on board to support this, it immediately raises the question of using the Mac mini M2 Pro as a HTPC (home theater PC) connected to one of the best TVs. HTPCs used to be a notable thing, but have fallen away more recently given the rise of the best streaming devices, which could do most of the same features for a lot less money.

But HTPCs still have their uses (and their fans). You can watch video from literally anywhere that can serve video to a web browser, after all – not just services supported by the device. You can also play any digital movie files you have, no matter their format, or connect to any kind of streaming server (or create one powered by the Mac mini, of course).

And because it’s the M2 Pro version, you get a beastly amount of power for anything else you want to do with it – including entertainment. As ever, Macs are not generally the first port of call for games, but there’s still a huge number of releases, new and old (especially strategy games), and you can be sure that anything you throw at it will run great on the 19-core GPU.

And it can be ideal for music fans as well – plug the Mac mini into a great AV receiver with serious speakers connected to it and you could play a Hi-Res Audio music collection at excellent quality.

There are some issues with using the Mac mini M2 Pro as a HTPC. The first is the lack of Dolby Atmos output from the HDMI port – multi-channel audio is supported, but not in the Atmos format, so you can effectively get surround sound, but not the full 3D object-based audio effect with one of the best Dolby Atmos soundbars.

Again, Atmos is supported in macOS, and you get Atmos Spatial Audio from the speakers on the iMac 24-inch (2021) or when watching something and using AirPods Pro 2 – but Atmos won’t be output over the HDMI.

But you wouldn’t have the flexibility. I’m not saying people should rush out to buy the new Mac mini as an alternative way to watch the best streaming services; I’m just saying that for a certain class of home theater nerd (me – I mean: me), it just became one of the more interesting devices around.

You can read our full Mac mini (2023) review for more on the machine – and yes, we got to test the M2 Pro version.

KGF: Chapter 2 Star Yash To Explore More Than Just Films Being The Face Of The Beverage Brand Pepsi!

Rashmika Mandanna breaks silence on getting trolled; says, “People will have a problem with me breathing and not breathing as well”