South Korean drama All of Us Are Dead stars Lee Yoo Mi and Yoon Chan Young teamed up for a super-sweet duet. The duo sang EXO’s Baekhyun And Suzy’s song ‘Dream’. 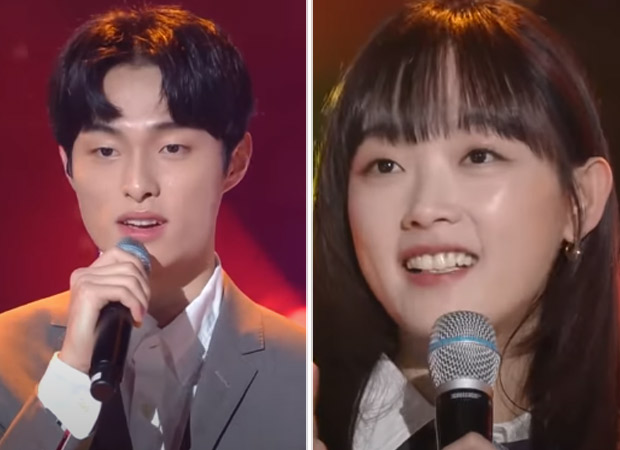 On the February 25 episode of reality show Yoo Hee Yeol’s Sketchbook, Lee Yoo Mi and Yoon Chan Young made a joint appearance as guests. As the program is a music talk show, the two actors had to prepare a performance of some kind— and even though neither All of Us Are Dead star is a singer, the duo gave it their all as they performed a charming rendition of EXO’s Baekhyun and Suzy’s 2016 hit Dream.

At the end of the song, the co-stars shared an adorable exchange in which Yoon Chan Young turned to Lee Yoo Mi and said bashfully, “Yoo Mi noona… you look kind of pretty today.” Lee Yoo Mi replied with a shy laugh, “What is this? Thanks… you too.”

All of Us Are Dead  is a coming-of-age zombie apocalypse horror streaming television series which stars Park Ji-hu, Yoon Chan-young, Cho Yi-hyun, Lomon, Yoo In-soo, Lee Yoo-mi, Kim Byung-chul, Lee Kyu-hyung, and Jeon Bae-soo. The series mostly takes place at a high school in South Korea as a zombie apocalypse suddenly breaks out and threatens the safety of the students. The series is based on the Naver webtoon ‘Now at Our School’ by Joo Dong-geun, which was published between 2009 and 2011.

How the post pandemic era may provoke stress and anxiety disorders