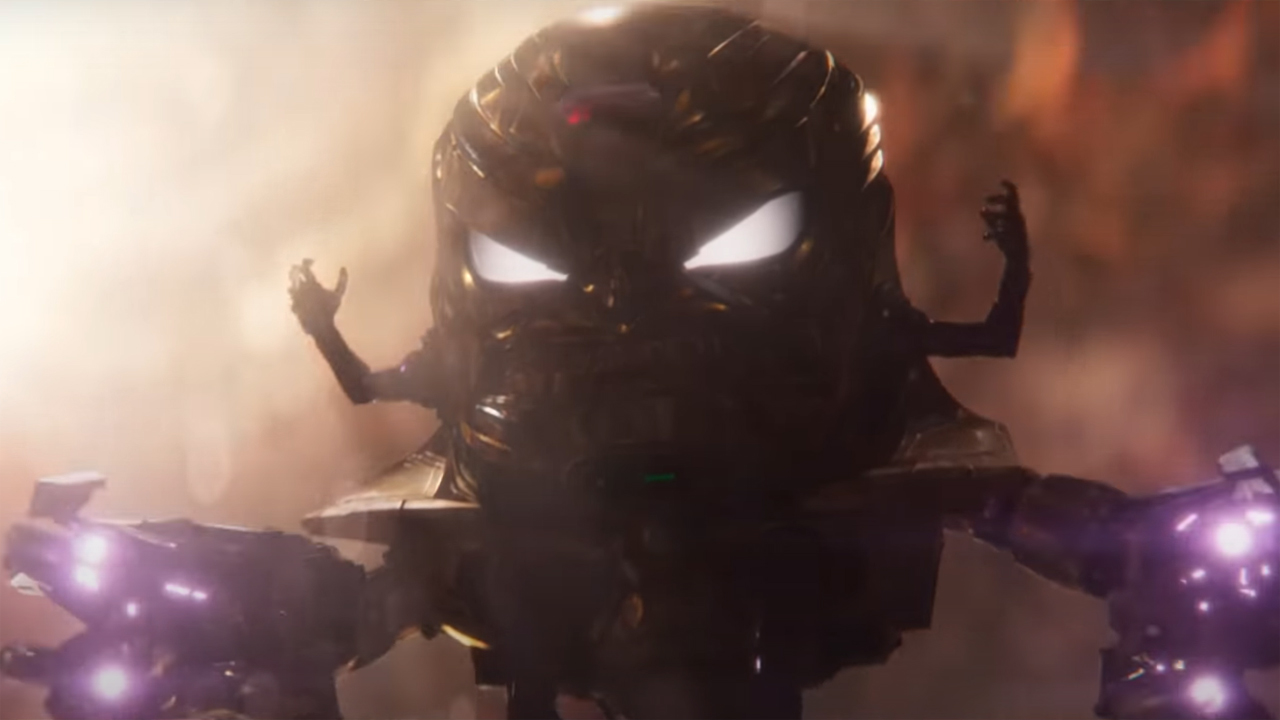 It’s not every day that a Marvel movie is inspired by The Simpsons – but, according to Ant-Man 3’s head writer, that day has finally arrived.

Speaking to SFX magazine (per GamesRadar (opens in new tab)), Jeff Loveness has surprisingly revealed that MODOK – one of the Marvel film’s secondary villains – was largely influenced by a classic Simpsons antagonist.

The character in question? Frank Grimes, Homer Simpson’s fellow power plant worker who becomes increasingly incensed with his colleague’s inability to do his job properly. Who knew one of Homer’s most iconic enemies would go on to inspire Ant-Man and the Wasp: Quantumania‘s MODOK, eh?

Quantumania, which kicks off Marvel Phase 5 on February 17, marks the introduction of two major Marvel villains. Kang the Conqueror is being positioned as the film’s major villain – he’s going to be the MCU’s next Thanos-level threat, after all. However, Loveness revealed that bringing MODOK to life on the big screen for the first time was the most enjoyable thing about writing the movie. Evidently, it helped that he could look to legendary sitcom The Simpsons (all 33 seasons are available to stream on Disney Plus) for guidance in developing the character’s MCU iteration.

“MODOK is maybe my single favorite thing that I got in the movie,” Loveness explained. “Obviously we are very faithful to the comics with the design and the look, but then there is a little bit of extra we put into him. I’ll just say he was inspired by Kevin Kline in A Fish Called Wanda and Frank Grimes in an old Simpsons episode – this really put-upon, selfish, entitled but then also deeply sad, insecure man who knows that he got a s**t deal in life and is trying to make the best of it.”

Who is Ant-Man and the Wasp: Quantumania’s MODOK?

MODOK, which stands for Mechanized Organism Designed for Killing, isn’t a unknown quantity to most Marvel fans. In fact, he’s one of the comic giant’s most iconic supervillains – which means his live-action debut has been a long time coming.

In the comics, MODOK was created when – yep, you guessed it – a scientific experiment goes awry. Real name George Tarleton, MODOK is born when Tarleton’s fellow researchers use Tarleton as a guinea pig for their experiments on the Cosmic Cube. The outcome of their tests gives Tarleton a genius-level intellect, but turns him into an ambitious, blood-thirsty killer. Not only that, the experiments greatly disfigure Tarleton – essentially, he turns into a giant head, which makes his torso and limbs look tiny by comparison.

In the MCU, MODOK’s origins have been altered. Instead of Tarleton, Darren Cross – the main villain in 2015’s Ant-Man – is the person who turns into MODOK.  At the end of that Marvel movie, Scott Lang/Ant-Man destroyed the size regulator in Cross’ Yellowjacket suit, causing Cross to shrink uncontrollably and presumably killing him.

However, he survived, and he’ll be out to get revenge on Lang when the latter and his family inadvertently travel to the Quantum Realm in Ant-Man 3. We received confirmation that Cross had become MODOK in Quantumania’s latest trailer (read our Ant-Man and the Wasp: Quantumania trailer breakdown for more), which you can see in the screenshot below:

MODOK might be making his MCU debut in Quantumania, but this isn’t the first time we’ve seen in on the screen.

He starred in his own animated TV series on Hulu in 2021, which was praised by fans and critics alike before it was canceled in May 2022. Meanwhile, MODOK was the primary villain in Marvel’s Avengers, the Crystal Dynamics-Eidos-developed video game that wasn’t as well received. Subsequently, Marvel’s Avengers won’t receive any more updates or content drops after September 30, 2023.

It’s unclear whether MODOK’s MCU appearance will be a ‘one and done’ scenario, i.e. he’ll only feature in Ant-Man 3. It would be a shame if he does as he’s one of Marvel’s most compelling villains. Given the MCU’s penchant for killing off its antagonists, though, we’d be surprised if MODOK makes it out of Quantumania alive. If he doesn’t, at least we’ll live in a world where The Simpsons can even influence the world’s most popular film franchise.

For more Marvel and Simpsons-based content, read up on how to watch the Marvel movies in order and see where we placed Ant-Man’s previous solo movies in our Marvel movies ranked list. Additionally, see if you agree with our selection of the best Simpsons episodes of all time.

at Disney+ (opens in new tab)

Bigg Boss 16 Fame Abdu Rozik Is Listening To Rihanna’s Lift Me Up On Repeat!

Pathaan: Katrina Kaif aka Tiger’s Zoya asks people to not give out spoilers of the Shah Rukh Khan starrer