Children grow up with an endless sense of wonder, always asking questions such- as “Where does the sun go at night?”, “Why am I sleepy at night”, but what will you answer when a helpless child labourer asks, “What will I have to do to be like you?” Baitullah, a short film by Mukul Madhav Foundation and Finolex Industries presents this question to its viewers and leaves us with a sense of clarity rather than inspiration. Instead of presenting a story that unrealistically whitewashes the plight of child labourers we get to see the reality of their condition and share the sense of helplessness and desperation they feel. 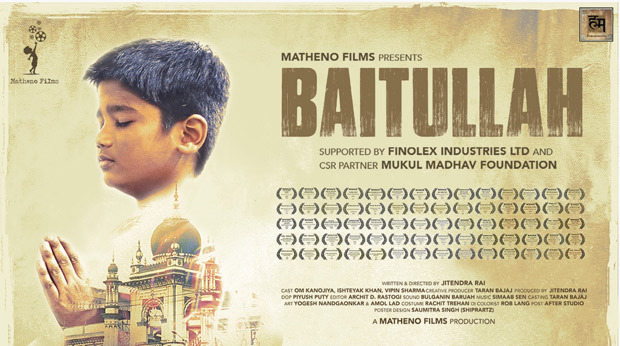 Baitullah delivers an impactful statement about child labourers of India

Director Jitendra Rai chose this direction for the film because “We all hope for happy endings both in films and life. While life is unpredictable, movies can always be made to have a happy ending. I could have written Baitullah to have a miracle in the third act where my protagonist (Baitullah) is saved by some divine intervention but that would have been dishonest to my principles and mission. This film is not here to make the audience feel good and leave with the sense that everything works out for these kids, I want everyone to know the exploitation and abuse child labourers face and feel compelled to take action themselves instead of waiting on a miracle.”

Ritu Chabria, the managing trustee at Mukul Madhav Foundation says, “The question we ask is the one Mukul Madhav Foundation had tackled at the beginning of its journey. It is this thought that inspired us to start working with marginalised and vulnerable children. Through Baitullah, we ask our audience the same question, “How could each child enjoy the things we take for granted in our lives?” We have set out to put things in place, one small block at a time.”

Mukul Madhav Foundation and Finolex Industries have been working with underprivileged children and women for years and have seen the suffering of child labours firsthand and have helped many come out of the clutches of child labours but in a county plagued by this phenomenon on every street corner all of us need to step in and take action. Asking this poignant question is a simple yet effective call to action.

When Aishwarya Rai Bachchan Accidentally Flashed Her B**bs Underneath A Blouse Facing A Malfunction But Handled It Like A Pro!