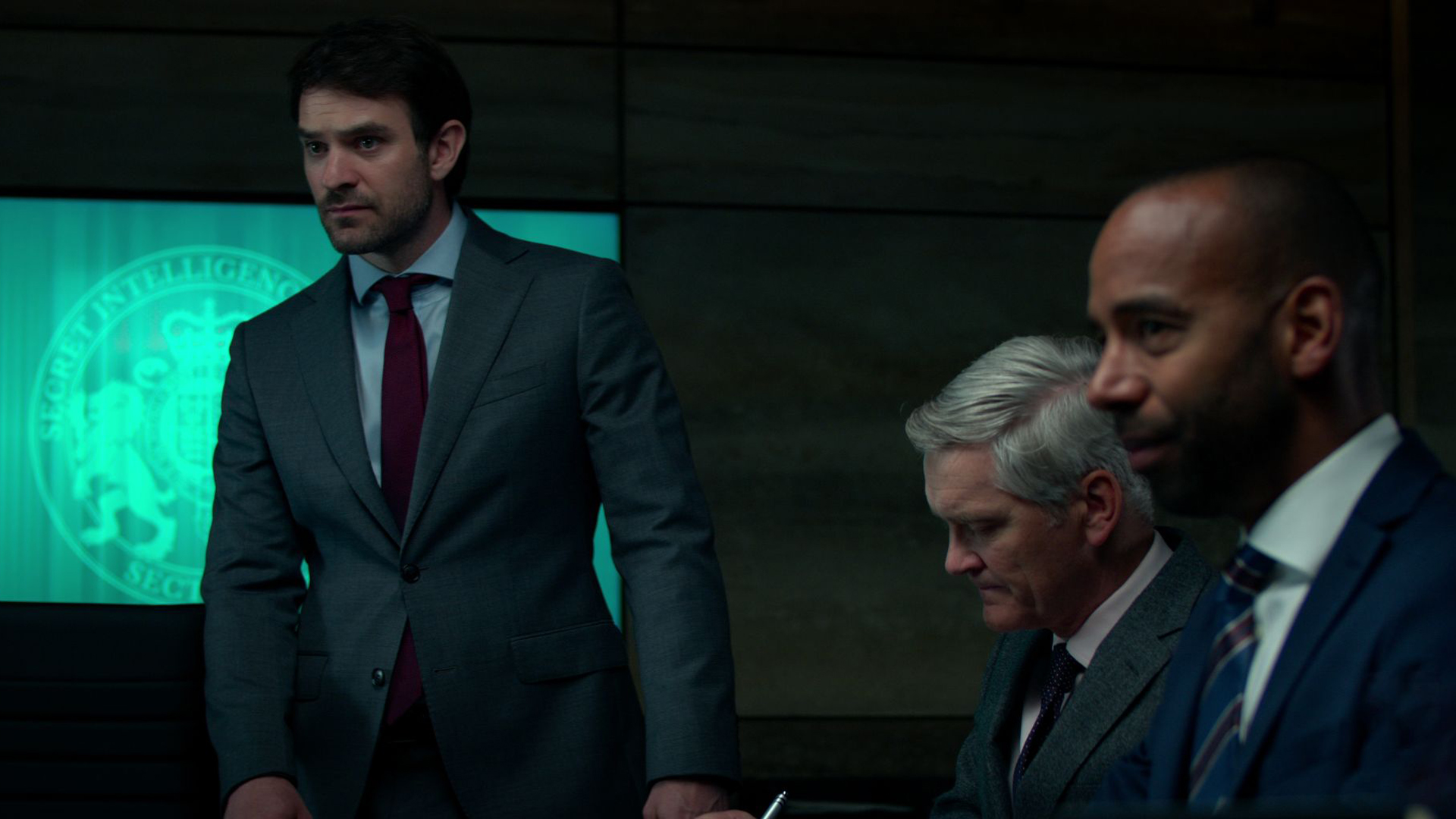 Daredevil star Charlie Cox is heading back to Netflix – but not as the superpowered Man Without Fear.

Instead, Cox – who has reprised his role as Daredevil/Matt Murdock in the Marvel Cinematic Universe (MCU) in MCU Phase 4 – will star in Treason, a new spy thriller series that’ll infiltrate Netflix on Monday, December 26.

Check out the first official images for Netflix’s Treason TV show below:

In a press release, Netflix revealed an official plot synopsis for its upcoming espionage-positioned program.

“Trained and groomed by MI6, Adam Lawrence’s career seems set,” the story synopsis reads. “But when the past catches up with him in the form of Kara, a Russian spy with whom he shares a complicated past, he is forced to question everything and everyone in his life.

“A triangular relationship forms between Kara, Adam, and his wife, Maddy; three people who are trying to expose each other’s secrets, navigate political and diplomatic relationships, whilst hanging onto their personal lives, and those they love most.”

Treason comes packed with talent who have dabbled in the spy and crime-based genres before. Series creator Matt Charman’s previous writing credits include Steven Spielberg’s spy thriller Bridge of Spies and police drama Black Work. With Cox, Hinds, and Kurylenko all acting in similar fields, Treason is well-placed to deliver a fascinating and complex espionage series.

The limited series, comprising five episodes of 45 minutes, will launch in full on Netflix next month. Time will tell if it makes it onto our best Netflix shows list.

If there’s one genre that Netflix hasn’t fully explored in great detail, it’s the spy category of movies and TV shows.

Netflix, which is still one of the best streaming services despite its less than stellar 2022, has done a brilliant job at bringing crime-based documentaries to its userbase. However, the renowned streaming platform hasn’t really dipped its toes into the espionage genre with much of (if any) of its original content.

Things have started to change in that regard over the past 12 months. Netflix released The Gray Man – a Russo brothers-directed movie starring Ryan Gosling, Chris Evans, and Ana de Armas – in July, marking its first proper foray into the spy genre. Now, with Treason and a Noah Centineo-led show called The Recruit – both series are releasing across a 10-day period in December – Netflix is fully embracing the espionage genre.

And that’s significant. Netflix needs a spy-style project akin to James Bond or even Jason Bourne to entice fans of this genre to its streaming platform (if they’re not already subscribed). With its star power, The Gray Man got things off to a decent start but, while we enjoyed it, it’s not one of the best Netflix movies around, even if it’s arguably the best espionage offering on Netflix right now.

Treason and/or The Recruit, then, can help to bolster Netflix’s back catalog of thrilling spy adventures. It’s hard to predict whether they’ll resonate with viewers, especially at a time when other highly anticipated Netflix productions are due to arrive around the same time. Emily in Paris season 3, The Witcher: Blood Origin, and Glass Onion: A Knives Out Mystery are sure to compete with the pair for audiences’ attentions over the 2022 Holiday season.

Still, Treason and The Recruit will help to flesh out Netflix’s growing collection of spy genre fare. Projects like this can provide a fulcrum for similar movies and shows to be produced at Netflix in the future – just look at the impact of The Witcher on aiding Netflix’s push into the fantasy genre. If Treason can have an analagous impact on Netflix’s espionage offerings, it’ll have done its job, whether it’s deemed a success by viewership standards or not.

For more Netflix-based content, read up on the best Netflix documentaries. Alternatively, find out what new Netflix movies are still coming in 2022, or which shows have been canceled on Netflix in recent times.