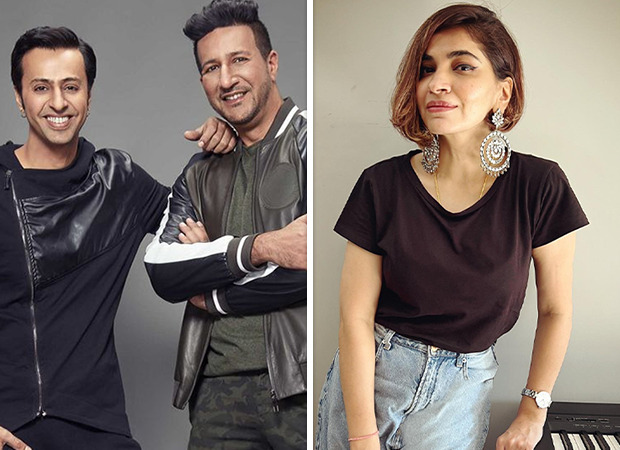 Over the years, music composers Salim-Sulaiman have managed to be one of the most revered names in the realm of Hindi film music. From Chak De! India, Fashion to Rab Ne Bana Di Jodi, Band Baaja Baaraat and much more, the Merchant brothers have come a long way creating smash hit music albums for numerous Bollywood films; for over a decade now.

In an exclusive music room interview with Bollywood Hungama, while sharing the interesting behind-the-scene stories of how they created their chart-buster songs, the musical duo also revealed how ‘Mar Jaavan’ from 2008 film Fashion became a romantic number thanks to singer Shruti Pathak.

When asked if it’s true that Shruti initially sang the song in a high pitch, Salim said, “Yes, that’s right. I told her ‘Just change your pitch for the whole song to a lower octave.” Salim then demonstrated how the song went from a higher octave to a lower one. “It became passionate,” Sulaiman added. Explaining the reason behind the change, Salim said, “Madhur (Bhandarkar) went on saying ‘Man, I have the voice of a person like Abida Parveen in my mind for the song, I need a little raucous voice,’ I said okay, we’ll look for it.”

He continued, “And that time I was in touch with Shruti and that time she had come to the studio, she had played me a Gujrati song which she sang in a lower scale. She sang the whole song in lower octave I loved her voice; it was new and pleasing to my ears. So, I was like let’s do this. So, it was a new voice, in a very new avatar and I felt like that was the new cool thing in the song Mar Jaava.”

The duo also shared how the beautiful song was just created as a background music at first. “All these songs were created just as background pieces; they were not created as songs,” Salim said. “When we were told that there’s going to be a fashion show for just 30 seconds, so we just created Mar Jaava for 30 seconds.”

Sulaiman added, “Because if you see, Mar Jaava is such a beautiful song but it is only for 3 minutes, only one verse.” Salim then interrupted and said, “It wasn’t even that much at first. Initially it was just going to be for the background score then eventually as the song was well received, they asked to make it into a proper song. So, we did it.”

Starring Priyanka Chopra Jonas, Kangana Ranaut in lead roles, Fashion is a 2008 drama film which was directed by Madhur Bhandarkar. The film follows a small-town girl finally realizes her dream of becoming a famous supermodel but soon finds out that her glamorous new life has a price.

Also Read: Salim Merchant and Sulaiman Merchant on Chak De! India music: “The pressure was crazy, at one point we were ready to give up the film,” watch

Mammootty completes shooting of Kaathal The Core; Hosts a special lunch for the cast and crew: PICS