Being one of the biggest musical duos of the 90s, brothers Jatin Pandit and Lalit Pandit, popularly known as Jatin – Lalit, have created some of the best chartbusters in Bollywood cinema. Going back to the era of Bollywood music that included songs like ‘Tujhe Dekha Toh’, ‘Pehla Nasha’, ‘Bahon Ki Darmiyaan’, among many others, musician Jatin Pandit along with his son Raahul Jatin opened up about creating music in the 90s in this exclusive interview with Bollywood Hungama. Besides talking about separation from brother Lalit Pandit, the musician also gave us some interesting insights into how music was created in the 90s. 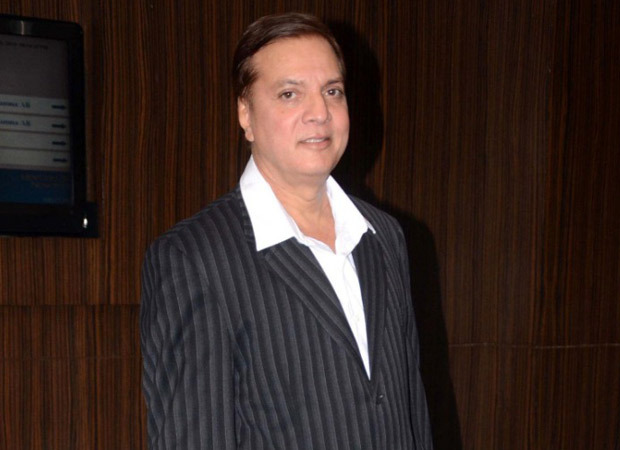 Jatin Pandit not only explained the kind of detailing that goes into music but also talked about creating music for films like Yes Boss and Kabhi Haan Kabhi Naa in his conversation with Bollywood Hungama. Elaborating on the song, ‘Anna Mere Pyar Ko’ from the popular musical Kabhi Haan Kabhi Naa, Jatin said, “Do notes pe chaar baar chal raha hai gana. Par kahin bhi aapko aisa nahi lagta kuch missing hai, balki mazaa aata hai. (The song is flowing only on two notes for four times but still it doesn’t seem like something missing but it actually sounds fun.). After singing a few lines, he continued, “Dekhiye Majrooh saab ne kaisa chipka ke likha hai. Aana nahi keh rahein hai, Anna keh rahein hai jo ek ladki ka naam hai. (See how lyricist Majrooh Sultanpuri has stuck those words together so appropriately. He is not saying ‘aana’ which means come in Hindi but he is actually saying ‘Anna’ referring to the name of the girl in the song). For the unversed, Suchitra Krishnamurthy played the role of Anna in the Deepak Tijori starrer.

Further, Jatin spoke about how they created the fun track in the film,‘Kaisi Yeh Kahani Hai’, which is picturized like a musical and features immense drama. He said, “Yeh sab ho gaya uss waqt. Hum music bahut sunte the, inspire hote the, Achhe logon ke music bhi bahut aate the, competition bhi tha. Directors ka bhi contribution hota tha, jahan pe woh bolta tha yeh karo woh karo. (At that point of time, it used to be quite a cakewalk. We used to listen to a lot of music, get inspired by it. Plus there were too many good musicians in the industry and a tough competition amongst each other. Directors would also contribute quite a lot where they would often give us suggestions).”

Set against the backdrop of the Catholic and Hindu culture in Goa, Kabhi Haan Kabhi Naa was an unconventional love triangle that revolved around a music band. Directed by Kundan Shah, the film released in 1994 and was known for its heartwarming melodies.

Also Read: Jatin Pandit opens up on his relationship with brother Lalit Pandit; says, “Even his kids don’t talk to me”

When Aishwarya Rai Bachchan Accidentally Flashed Her B**bs Underneath A Blouse Facing A Malfunction But Handled It Like A Pro!