The news that superstar Akshay Kumar will be portraying the pivotal role of Chhatrapati Shivaji Maharaj in Mahesh Manjrekar’s Marathi extravaganza, Vedat Marathe Veer Daudale Saat (Seven Marathas charged with passion) has created quite a stir in the industry. Akshay, who speaks Marathi without any accent, has said that this is a dream-come-true role for him, and he will give everything to it—in his words, “Jitna mera dam hai laga doonga.” The film is also being designed as the first Marathi pan-Indian (the “in” term nowadays!) movie ever! 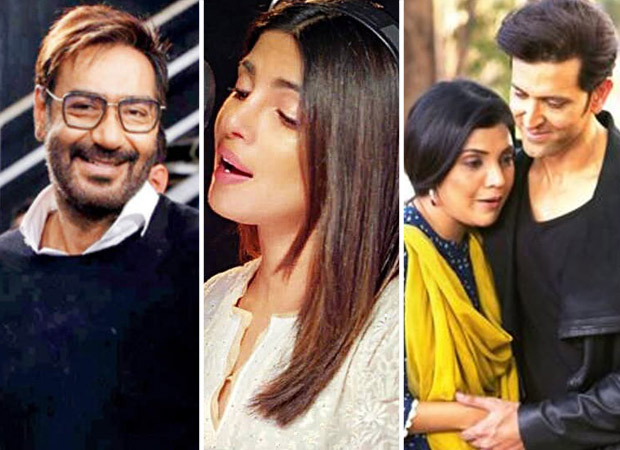 From Ajay Devgn to Priyanka Chopra and Hrithik Roshan, Bollywood stars who have featured prominently in Marathi cinema

Akshay has already acted in a crucial special appearance in Aadhaar two decades back as the hero’s friend who brings his bride to the marriage venue, and has later produced 72 Miles—Ek Pravaas and Chumbak, films that were also critically acclaimed.

But today, acting in or even producing Marathi films has become a matter of pride for our stars, aside from the fact that most producers and even some directors and composers are now experimenting—usually profitably!—with forays into Marathi movies. And why is that?

Mumbai is the epicenter of the Hindi film industry and the karmabhoomi for every major star. Add friendships within the fraternity and we know why many Hindi film stars, some of whom even have Marathi as their mother-tongues, forayed into occasional acting in Marathi films, like Nutan (Paradh), Tanuja (Pitruroon), Nana Patekar (Natasamrat and more) and Padmini Kolhapure (Mai, Pravaas). However, the difference is that, in recent times, with Marathi movies at an all-time high, today’s Marathi-speaking stars like Madhuri Dixit Nene, Riteish Deshmukh and Shreyas Talpade have a greater involvement and so are also producing movies in their mother-tongue.

Home productions
Riteish had produced (and acted in) the 2014 Lai Bhaari, a blockbuster. It had Salman Khan in a lovable cameo as Bhau. Encouraged, Riteish is now turning director with Ved (Madness) that has Salman, who has always professed his love for Marathi (literally his mother-tongue as she is a Maharashtrian) cinema in an extended cameo. The superstar has already ‘remade’ Mulshi Pattern as Antim—The Final Truth (sadly with wrong changes that undid the remake!) and had plans in the past to remake two more blockbusters, Shikshanaachya Aaicha Gho and Mee Shivajiraje Bhosle Boltoy.

Shreyas Talpade even produced Sanai Choughade and the super-hit Poshter Boyz and starred in them. He even turned director with the Hindi remake of the latter film with Sunny Deol and Bobby Deol, which unlike the Marathi film, flopped.

Madhuri Dixit Nene’s production, the offbeat 15 August, premiered on Netflix, though she did not act in the film. She is now also producing the hilarious take on superstition, Panchak, which was delayed by the lockdown. As an actress, she has starred in Bucket List (2018), a feel-good drama that grossed six times its production budget.

Mee Marathi!
Superstar Ajay Devgn’s liking for Marathi is by no means restricted to his half-Maharashtrian wife Kajol, or to his mega-hit co-production, Tanhaji—The Unsung Warrior. He produced the applauded as well as successful Marathi film, Vitti Dandu in 2014 and then Aapla Manus (in which he also made a cameo) in 2018. These films not only explored issues like Indian independence and the care of the aged but also were deeply rooted in family relationships. On record, Ajay has always expressed his love for everything Marathi.

A man who owes everything to Mumbai city, Amitabh Bachchan has done a lot in return for the home cinema of this region. The Maharashtrians have revered him both as actor and singer, and one return gesture from the legend is his rendition of four devotional non-film numbers, ‘Pasaydaan’, ‘Sukhkarta Dukhharta’, ‘Shishu la nivedan’ and ‘Tuljapurla jau chala’.

More significantly, he produced the acclaimed 2009 Marathi film, Vihir, an offbeat drama of two staunch friends, which was sent to multiple festivals including Berlin and Busan. And in 2020, his full-fledged Marathi debut, AB Aani CD was released, again a message film on family relationships. Amitabh also spoke Marathi in the film.

Way back in 1994, when his make-up man, Deepak Sawant, had made his debut as a producer with Akka and wanted him to introduce the film, Amitabh insisted on appearing in a song, and so the theme devotional number, ‘Tu Jagati Adhipati’ was reshot with Jaya Bachchan and him. Famed Marathi singer Ravindra Sathe thus bagged the honour of giving the actor playback—incidentally the fourth Maharashtrian singer to lend his voice for Amitabh after Laxmikant, Suresh Wadkar and Sudesh Bhosle!

Priyanka Chopra’s Marathi ‘Pebbles’
Among the millennium stars, Priyanka Chopra Jonas, who also speaks Marathi creditably well, not only made her debut as a producer with the 2016 Ventilator but also acted in a small but key role in it as herself. The film was a smash-hit, remade later in at least four more languages and also into a play, and marked a dynamic debut for her production company, Purple Pebble Pictures.

The film made a record Rs. 25 crore from a Rs. 3.5 crore production budget and won multiple awards for itself and its various team members. The awards list was top-lined by three National awards—for Best Direction, Editing and Sound Mixing.

Priyanka has so far produced over 10 films in India, only one of which was in Hindi, and of these, three more (Kaay Re Rascalaa, Firebrand and Paani) have been in Marathi. The last film also won another National award—for Best Film on Environment Conservation/Preservation.

Special appearances and more
Hrithik Roshan made a truly special cameo in the family drama, Hrudayantar (2017). Made up as his famous character, Krrish, he meets a sick child who is his great fan. The role was splendidly conceived to pack an emotional wallop without a single line being uttered either by Hrithik or the tot. 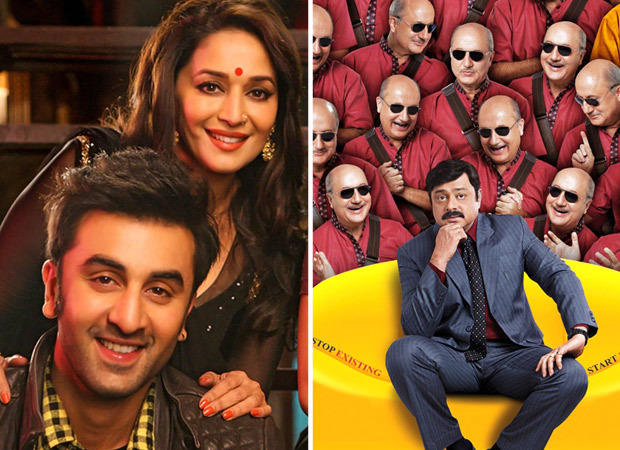 Ranbir Kapoor too made a cameo as himself in Madhuri’s Bucket List itself. Perhaps, it was a reciprocal gesture to Madhuri for her cameo in his 2013 Yeh Jawaani Hai Deewani. And John Abraham produced the 2018 thriller Savita Damodar Paranjpe based on the famous play of the same name.

The 1981 Sundara Satarkar saw Rajesh Khanna and Mehmood in guest roles. In 1982, Fatakdi (Firecracker) had the chartbuster song, ‘Kutha kutha jaayaacha honeymoon laa (Where all do we go on our honeymoon?)’ and this naughty dance was filmed on Rekha. Veteran actors Shammi Kapoor, Dharmendra and Suresh Oberoi made forays into Shirdi Sai Baba, whose year of release is unknown.

Ventilator had already seen Boman Irani as a doctor. Anupam Kher too impeccably performed in Kashala Udyachi Baat (2012), while Naseeruddin Shah was a dacoit in Deool a year earlier—his Marathi diction too was notable.

And beginning with veterans R.D. Burman and Laxmikant (a Maharashtrian)–Pyarelal and Bappi Lahiri, even Shankar-Ehsaan-Loy, Vishal-Shekhar and Salim-Sulaiman have done films in Marathi. The filmmakers’ and technicians’ list is quite long, and all we can conclude is that Marathi cinema is now in greater demand as a viable option than ever before. And they all love Marathi cinema.

Did you know Joe Jonas auditioned for The Amazing Spider-Man before Andrew Garfield bagged the role?