A lot has been said and written about Rajkumar Santoshi’s Gandhi Godse – Ek Yudh. But most of the discussions are centred around the character of Nathuram Godse, played by Chinmay Mandlekar, because of his controversial nature. But Deepak Antani, who is playing MK Gandhi, also has an interesting back story. 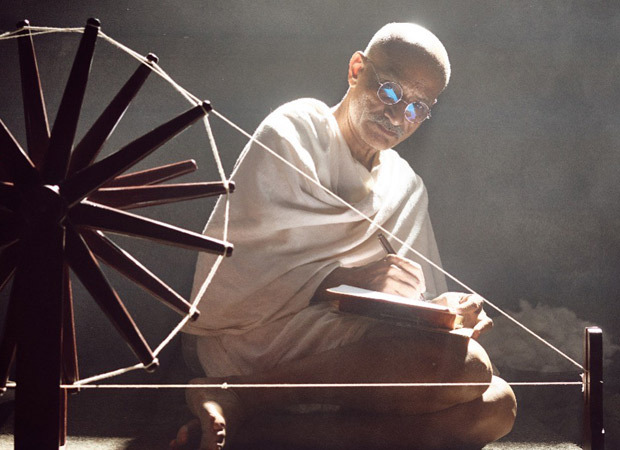 Gandhi Godse is not the first but the third feature film where Antani is playing the role of Gandhi. Before this movie, he played the same character in Gandhiji: My Mentor and Shyam Benegal’s Bangladeshi movie Mujib: The Making Of A Nation.

But that’s not all. Antani finds his name in the Limca Book of Records for playing the role of Gandhi for the maximum number of times if one includes various mediums. Apart from the two aforementioned feature films, he has also played Gandhi in 21 short films, one TV serial, four voiceovers, three documentaries and as many as 190 stage performances. Like Gandhi, Antani also has the feat of completing 200 kilometres long pad-yatra in nine days.

Directed by Nilay Dave and Anil Pandey, Gandhiji: My Mentor was the first feature film in which Antani played Gandhi. The movie was a fictional tale about a man’s business of garments getting affected after Gandhi calls for a boycott of foreign clothes during the Quit India Movement. Hence, the businessman decides to kill Gandhi. The movie is available to watch on Zee5.

Happy to share one more Achievement. It’s *”Limca Book of Records”* now, After “India Book of Records – 2019”. Performing Character of Mahatma Gandhi has provided me many prestigious opportunities to work with @ShyamBenegal @RajkumarSanto12 #LimcaBookofRecords#mahatmagandhiji pic.twitter.com/nQOBb20F8q

Veteran filmmaker Shyam Benegal’s Bangladeshi movie Mujib: The Making Of A Nation was the biopic on the former President of Bangladesh Sheikh Mujibur Rahman where Gandhi had a supporting character.

Speaking on playing Gandhi again in Gandhi Godse, Antani told Free Press Journal, “It was a great experience, but I was a little scared too as the film is directed by maverick filmmaker Rajkumar Santoshi. To work with him on a delicate subject like this was a task. It was a challenge for me to play Gandhi since a lot of veteran actors have played Gandhi in the past. I had earlier played Gandhi, but with this film it would be reaching a larger number of people. I was aware and responsible while playing this role but Santoshiji held my back throughout.”

On his preparations to play a well-known real character, Antani added, “As an actor, I had to be watchful of his mannerisms, gestures, sitting and walking postures, etc. I read a lot about him and understood his personality and psychology. I tried to understand his reference points. I could imagine what a prolific personality he was. I also interacted with the director and the writer to have a better understanding about the role. Also, by setting the outer demeanour right, things become easier.”

Gandhi Godse – Ek Yudh is all set to release in theatres on India’s Republic Day on January 26.

Athiya Shetty and KL Rahul are married; See first PICS of the newlyweds