Guerrilla Games is thankfully working on a fix 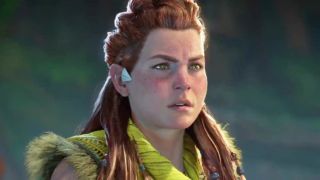 Horizon Forbidden West is a sumptuous-looking game on PS5, but it’s currently plagued by a number of distracting visual issues, including a strange HDR bug that causes brightness to fluctuate whenever you move the camera.

The issue has been analyzed by Vincent Teoh of HDTVTest, who used a Canon reference monitor that includes a real-time video data waveform analysis tool to show what’s going on.

As you can see in the video below, Horizon Forbidden West’s HDR compresses every time the camera moves and then returns to normal once the camera is static. This results in a clear shift in brightness, causing a noticeable flickering effect.

The issue occurs in both Resolution and Performance modes and is more noticeable in Horizon Forbidden West’s lower frame rate mode. If this HDR bug is too distracting for you, we’d recommend turning off HDR for now until Guerrilla Games releases a fix.

Unfortunately, Horizon Forbidden West also suffers from more visual problems outside of its HDR mode. As Teoh and many players have pointed out, the game has issues in Performance mode such as aliasing artefacts, shimmering, and noise on foliage, as well as pop-in.

Resolution mode isn’t perfect either, as this mode appears to include some artificial sharpening that makes the game look noisier than it should. There’s also the fact you’re confined to playing at 30fps, which some players just can’t stomach in 2022.

Guerrilla Games has recently released patch 1.05 which addresses numerous gameplay issues as well as crashes, but the developer notes that the team is looking into “several graphical issues reported by players regarding shimmering, sharpening and screen saturation when moving the camera” as a high priority.

While there’s no denying that Horizon Forbidden West is a gorgeous game, many players have complained about the PS5 game’s visuals. It’s clear that things don’t look quite right compared to other recent Sony releases, which tend to offer pristine image quality even at lower resolutions.

Yes, Horizon Forbidden West uses checkerboard rendering and a resolution of 1800p in Performance mode, but we’ve seen other titles run at a lower resolution and offer better image quality overall. The HDR bug is particularly strange, too, and isn’t something we’re used to seeing from Sony’s first-party developers.

The good news is that Guerrilla Games has been swift at patching the game, which means we could see all of these issues eradicated sooner rather than later. It’s always a shame when a game releases with graphical anomalies, but it’s also important to remember that some players simply won’t have noticed these problems, or don’t see them as a big enough reason to deter from their enjoyment of the game.

For those that do, it might be worth holding off on your playthrough until these graphical bugs are resolved.