Kartik Aaryan rose to overnight superstardom with Bhool Bhulaiyaa 2 this year. While many films failed to withstand the pressure of box office, this year, the horror comedy turned out to be one of the few Hindi films that managed to act as a massive crowd puller in the theatres. Earning over Rs. 250 crore worldwide, the film turned out to be a game-changer for the actor. Talking about it in his heartfelt award acceptance speech, Kartik took to social media to share a video about his special ‘night to remember’ which was a compilation video of the night he attended the Elle Superstar of the Year Award 2022. 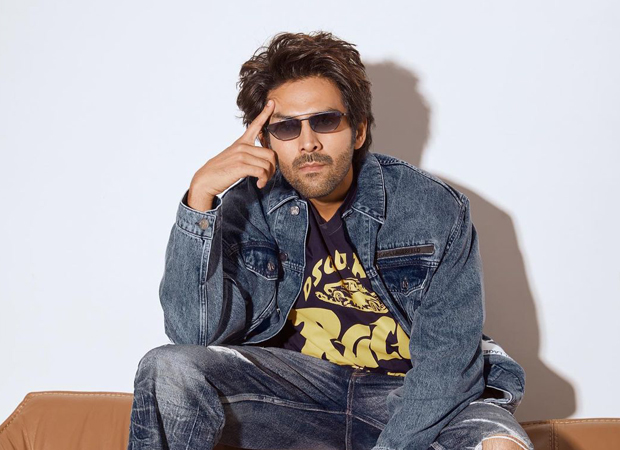 Kartik Aaryan paying the phone bill before receiving Superstar Of The Year award is every middle-class person ever!

Kartik Aaryan took to Instagram to share a photo of him posing with the award and thanked the Elle magazine for the honour saying, “Elle Superstar Of The Year Award ?? Thank you @elleindia This year has truly given me a lot !! Thank you to all the Fans ??  Further Kartik Aaryan also shared another post, a video of the ‘night to remember’ where he was seen recalling the moments from the Elle Awards night.

The actor captioned the video saying, “From paying my mobile bill to receiving ‘Superstar of the Year’ Award A Night To Remember.” In the video, we can see Kartik Aaryan parking his car outside Jio Digital to pay his mobile bill and he also spoke about how he wanted to pay it so that his phone doesn’t shut. Furthermore, he also shared montages from his styling session before the award ceremony along with how he socialized with the fraternity at the function including actresses Deepika Padukone and co-star Kriti Sanon.

The video also featured Kartik Aaryan giving a heartfelt awards acceptance speech after receiving the Elle Superstar of the Year honour, as he said, “Thank you for the superstar of the year award. This year has really been a game changer for me as an actor and performer. Yeh title mujhe bohot acha lagta hai. I hope har saal mai yeh award leta rahun. So thankful to the audience. (I liked this title a lot. Hope I receive this award every year) To all the love my fans have given me, to all my films and myself, thank you.”

On the work front, Kartik Aaryan has the remake of Ala Vaikunthapurramuloo, Shehzaada in the pipeline for release. Besides that, he has Satyaprem Ki Katha, Aashiqui 3, and Captain India among others. While his thriller Freddy will be releasing on OTT, he is also expected to be a part of Hera Pheri 3.

Also Read: REVEALED: The INSIDE SCOOP on how and why Kartik Aaryan replaced Akshay Kumar in Hera Pheri 3

Sushmita Sen is 'thrilled to announce the arrival' of her 47th birthday, shares a sun-kissed selfie