Kumkum Bhagya has been captivating the audiences ever since its inception, which kicked off with Sriti Jha and Shabbir Ahluwalia in the lead. Moving ahead with a different generation and cast, now the popular Zee TV show features an intriguing plot revolving around characters like Ranbir played by Krishna Kaul, Prachi played by Mugdha Chaphekar, Rhea played by Tina Philip, Shahana played by Aparna Mishra and Aaliya played by Reyhna Pandit. Having kept the audience hooked with various fresh and exciting twists and turns, the show recently got its viewers to witness that Prachi is finally aware of Siddharth’s truth about her sister being kidnapped and is trying to bring it to Ranbir’s notice. 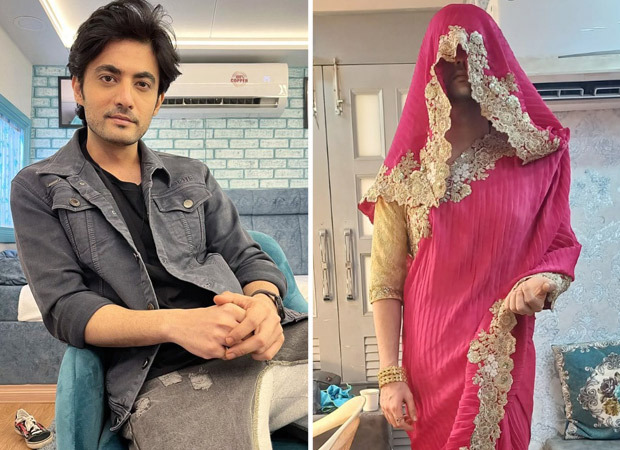 Kumkum Bhagya: Kushagra Nautiyal gets inspired by Aunty No. 1 and Chachi 420 for his new look in a saree

In the upcoming episodes, viewers will witness how Ranbir tricks the goons who kidnapped Rhea and return to the Kohli mansion. Since Prachi is in her disguise look of Basanti, out with Ranbir and not present in her Sangeet ceremony, Dadi (Smita Shetty) decides to save her from Pallavi (Khyaati Keswani) and asks Siddharth (Kushagra Nautiyal) to dress up like Prachi in a saree and ‘Ghunghat’ and join the Sangeet ceremony.

To ensure Kushagra pulls off wearing a saree, he went the extra mile to get all the details right. He took out time to watch a few films like Aunty No 1 and Chachi 420 in order to give authenticity to this disguise and the nuances of wearing a saree. Talking about it, Kushagra Nautiyal said, “This is the first time in my life, I have worn a saree.  When I got to know about this track, I was really excited as well as nervous. But I decided to take up this as a challenge and give my 100 percent. Before shooting this sequence, I watched a few Hindi films in which the hero is playing the role of a female like Aunty No 1 and Chachi 420. To don the saree these films helped me get the nuances of wearing the saree right. I am really happy that I was able to pull off the sequence decently well”.

While Siddharth is enjoying his new look, it seems that a lot of drama is going to unfold in the forthcoming episodes where Prachi, Siddharth, and Shahana will be trying to bring the reality of Rhea and Aaliya in front of the Kohli family.

Coming to the show, Kumkum Bhagya airs from Mondays to Fridays at 9 pm, only on Zee TV.

Also Read: Kumkum Bhagya actor Krishna Kaul cycles to the sets of his show to stay fit; says, “It’s an eco-friendly activity that I feel every person must try”