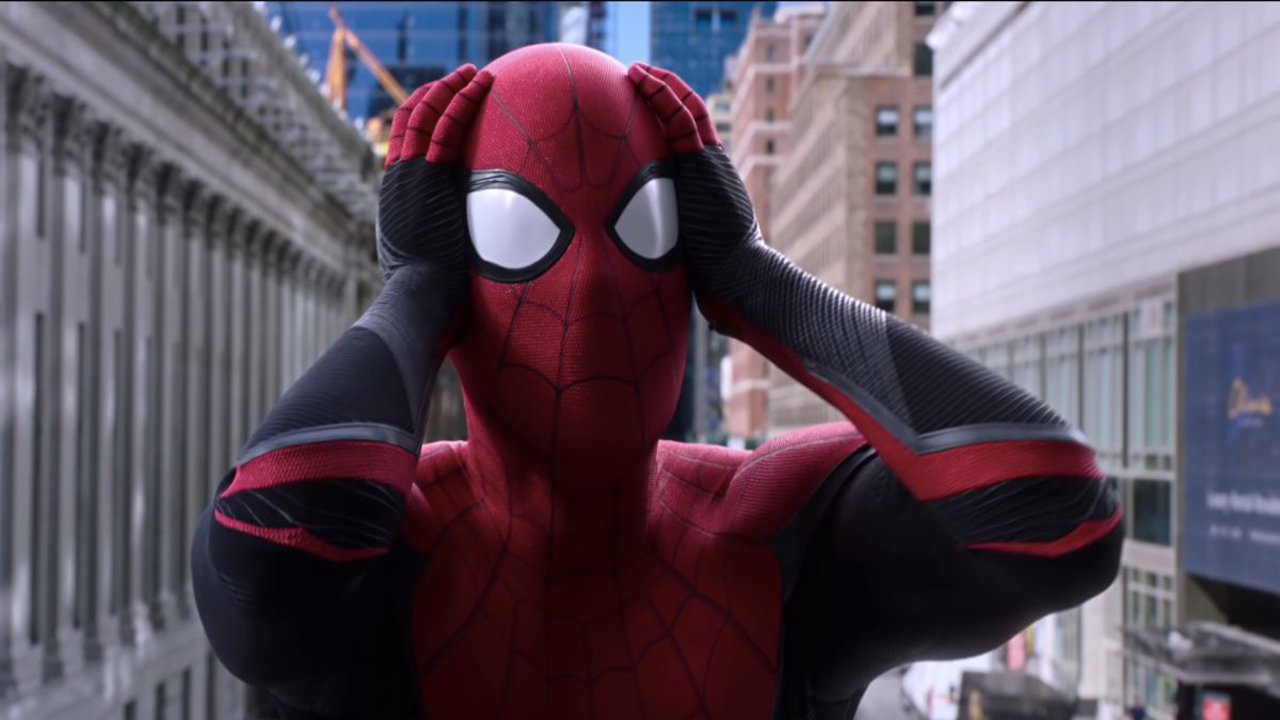 As reported by Variety (opens in new tab), Amazon has ordered a number of live-action Spider-Man spin-off series, the first of which is Silk: Spider Society, which will continue to build out the Sony Spider-Man Universe (SSU) beyond its theatrical releases. Each show will debut on Amazon’s Prime Video streaming service globally and MGM Plus – the platform formally known as Epix – in the US.

Silk: Spider Society will mark the first time that Silk, the Korean American superhero – real name Cindy Moon – has appeared in a live-action Spider-Man project. Moon was portrayed by Tiffany Espensen in Marvel‘s Spider-Man: Homecoming and Avengers: Infinity War. It’s unclear if Espensen will be brought back into the fold to play Moon’s superhero alias in Amazon, Sony, and Marvel’s small screen offering.

What we do know is who’ll be involved in Silk: Spider Society’s production – and its chief creative team will surely excite Spider-Man’s global fanbase. The Walking Dead showrunner Angela Kang will helm the series, while Phil Lord and Chris Miller – the visionaries behind animated films Spider-Man: Into the Spider-Verse and Spider-Man: Across the Spider-Verse – will executive-produce. Kang and ex-Sony Pictures co-chair Amy Pascal are also on executive producing duties.

In a statement to Variety, Amazon Studios Head Jennifer Salke said: “Amy Pascal, Phil Lord, Chris Miller, and Sony’s recent live-action and animated reimagining of the Spider-Man franchise has represented some of the most dynamic superhero storytelling in film. Together with Angela Kang’s creative vision, we couldn’t be more pleased to bring ‘Silk: Spider Society’ to our MGM Plus and Prime Video customers.”

Silk: Spider Society isn’t the only Spider-Man spin-off in the works. Movies starring Kraven the Hunter and Madame Web are also in production, with the pair recently wrapping filming. Meanwhile, a third Venom film has also announced, with Tom Hardy set to reprise his role as Eddie Brock/Venom and Kelly Marcel joining as co-writer and director.

Analysis: weaving a web of intrigue

Without wanting to sound hyperbolic, this is big news for Spider-Man’s burgeoning cinematic universe and the Marvel multiverse, which was introduced to the Marvel Cinematic Universe (MCU) as part of MCU Phase 4.

Madame Web is the next spider-based hero who’ll feature in a live-action film, with Dakota Johnson set to bring her to life. Meanwhile, Miles Morales starred in Spider-Man: Into the Spider-Verse, which showcased a number of other Spider-People, including Spider-Man Noir, Spider-Pig, Spider-Gwen, and Peni Parker. However, as we mentioned earlier, Into the Spider-Verse is an animated film, so those characters are yet to wallcrawl their way into a live-action superhero movie.

This Spider-Man TV show deal also has the potential to introduce more Spider-People to a wider audience. There are plenty of other Spider-Man-style heroes who fans would love to see on the big and/or small screens, such as Ben Reilly, Anansi, Spider-X, Spider-Woman, and Spider-Man 2099. We’ll see some of these individuals in Spider-Man: Across the Spider-Verse but, again, that’s an animated movie. Alongside Silk, we’d love nothing more than to see them in a live-action capacity.

Speaking of Silk, her arrival has the potential to tie into Tom Holland’s Spider-Man adventures in the MCU and the SSU.

In the comics, Cindy Moon is bitten by the same genetically-enhanced spider that Peter is, imbuing her with similar superpowers to her classmate. It’s plausible, then, that a like-for-like scenario could play out in Silk’s TV series. If it does, it’ll simultaneously tie her standalone show to Holland’s MCU Spider-Man films – read more about those in our Spider-Man movies in order guide – and make her canon in the MCU.

Sony and Marvel have previous form for linking the SSU and MCU together, too. 2021’s Venom: Let There be Carnage and Spider-Man: No Way Home, as well as 2022’s Morbius, contained multiple references to Marvel’s and Sony’s cinematic universes. The first two saw Venom briefly cross over into the MCU, while Morbius included Vulture – the villain in 2017’s Spider-Man: Homecoming – in a cameo capacity. Clearly, the two studios are happy to bridge the gap between their film franchises and have different characters cross over into each one.

And that’s what makes this Spider-Man Prime Video show deal so exciting. With this agreement in place, we could see Holland’s Spider-Man show up in TV shows as well as future MCU/SSU movies. Rumors circulating online suggest that Holland has penned a new deal with Marvel and Sony to appear in more Spider-Man-led projects, including those on the small screen. How cool would it be to see Holland make a cameo in Silk or another Spider-Person’s TV series? Very, is the answer.

What about former Spider-Men in Garfield and Maguire, too? If Sony can’t (or doesn’t want to) give them new outings on the silver screen, why not see if they want to reprise their roles in one or more Spider-Man TV shows? Garfield has always said he’s open to returning to the role in some form and, with the duo playing wildly pleasing supporting roles in No Way Home, the door is clearly open for either or both to return. That’s unlikely to be as part of Marvel Phase 5, Phase 6, or any MCU production (outside of potential appearances in Avengers: Secret Wars, anyway). So, why not see if they want to star in a Spider-Man series instead?

The Spider-Man multiverse is as vast as the one that all Marvel characters occupy, so the possibilities are endless for Sony, Amazon, and Marvel when it comes to making whatever Spider-Man shows they want. There are over 900 Spider-Man characters to draw from and, thanks to Into the Spider-Verse and the arrival of the MCU’s multiverse, audiences are more open to seeing characters and their multiversal counterparts interact in the same space. Madame Web and Across the Spider-Verse will only increase fans’ hopes for more crossovers, too, given that they’ll explore the Spider-Verse in more detail in 2023.

It would be a dream to see Holland’s Spider-Man, Silk, a live-action Miles Morales, and even Ben Reilly swinging through New York City – and this Spider-Man Prime Video deal gives us our best chance at seeing this realized. Make it so, everyone.

For more Spider-Man, Prime Video, and Marvel content, read our Spider-Man movies ranked piece. Alternatively, find out how to watch the Marvel movies in order, check out the best Prime Video shows to stream, or learn about why Marvel’s Spider-Man: Freshman Year animated show could be canceled.