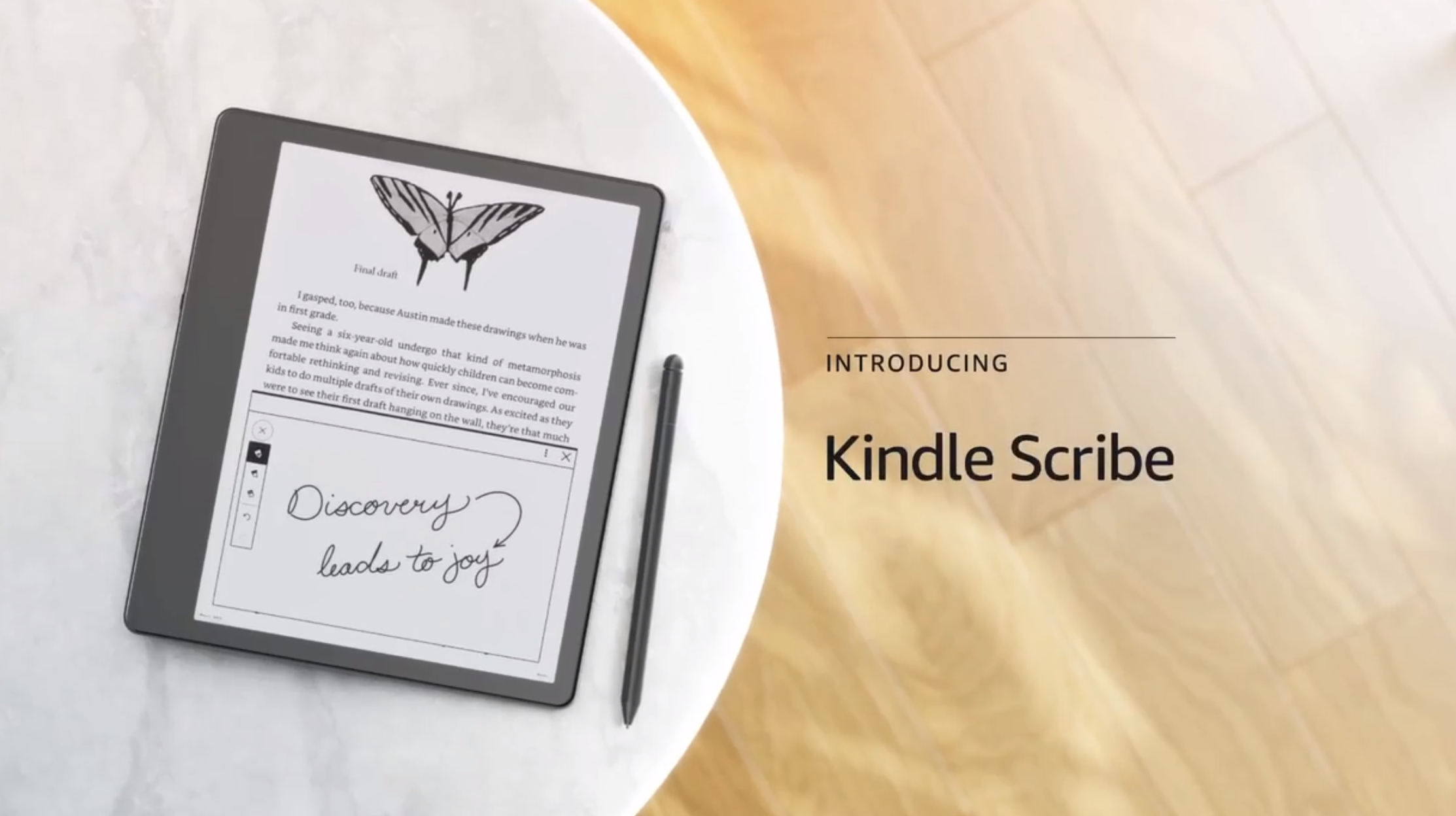 At the September Amazon launch event, the retail and home tech giant unveiled a major new addition to its Amazon Kindle family of ereaders, in what looks like the biggest shake-up of the line since the Kindle Keyboard.

The Amazon Kindle Scribe is the first model in a new family of ereader, joining the standard Kindle, Kindle Paperwhite and Kindle Oasis. It’s Amazon’s most premium Kindle yet, and brings a notable upgrade in screen size and storage space over the existing models – and it also introduces a brand-new feature to the range in the form of a stylus.

The Kindle Scribe has a large (for a Kindle) 10.2-inch display, a panel which dwarfs the 7-inch screen of the Kindle Oasis, the previous Kindle heavyweight in this regard. It’s a 300 pixel-per-inch display, matching the resolution of its siblings.

Because of this large screen, this is also the biggest Kindle we’ve seen in a while. Like the Oasis, it has a large bezel on one side, so you can easily hold it, but there’s no prominent ridge as on the Oasis.

The stylus can be used for annotating documents, as well as for note-taking, sketching, and drawing in other apps. Amazon talked about being able to send documents to your Kindle from your phone, and, from 2023, from Microsoft Word, which suggests the device has better connectivity than older Kindles.

At the launch event Amazon said the device was designed for note-taking and journaling, with the stylus designed to feel like a real pen in use. It doesn’t have a battery, so doesn’t need to be charged, which gives it a big advantage over the Apple Pencil and similar tablet slates.

This isn’t the first ereader we’ve ever seen with a stylus – models from brands like Onyx and Kobo also offer them – but this is the first Amazon Kindle with such an accessory.

Beyond that, the Kindle Scribe comes with either 16GB, 32GB or 64GB storage, matching options offered by the Paperwhite, but without a 8GB option, and adding a high-storage version that’s new for Kindle, marking yet another surprising upgrade.

The device will cost £339.99 / $339.99, which also gets you Kindle Unlimited bundled for four months, and the pen is included in the price rather than having to be purchased separately. We’re waiting to hear about prices and availability elsewhere, and we’ll update this article when we get that information.

This is a major shake-up to the Kindle line and to Amazon’s ereader strategy, and we’re keen to test the new ereader, so look out for our hands-on and then full, in-depth reviews. We’re interested to see whether the Scribe is the Kindle reinvention it promises to be, and whether it makes it into our line-up of the best ereaders.