Actor-filmmaker Ajay Devgn is kicking off 2023 with the upcoming action-drama Bholaa. The Hindi remake of Kaithi has been styled as the story of a one-man army, set in one night, fighting a multitude of enemies in various forms, human and otherwise. The makers launched the second teaser in Mumbai on Tuesday. At the event, Ajay congratulated Shah Rukh Khan for Pathaan and wished him that the film becomes a super duper hit. 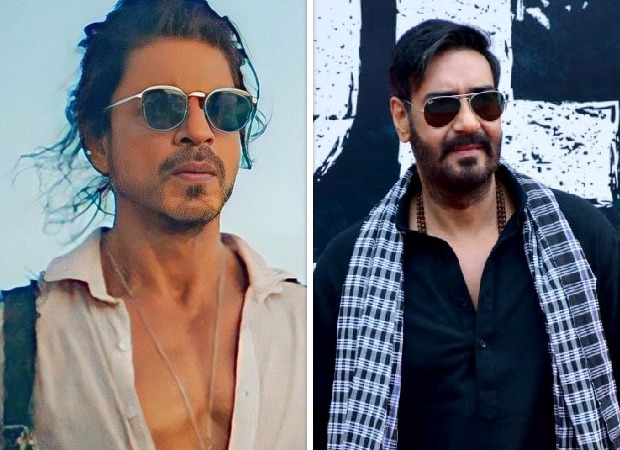 Shah Rukh Khan calls Ajay Devgn ‘strong and silent’ after latter sends him best wishes for Pathaan: ‘He has been a pillar of support and love to me and my family for years’

At the second teaser launch on Tuesday, Ajay Devgn said, “When Drishyam 2 emerged as a super hit, I often told people that we need more such films that get a similar response. The coldness in theatres that happened amid the pandemic made people want to come back more. Let’s keep our fingers crossed. I wish whichever films release should be a super duper hit. The whole industry is one. Pathaan is also getting such a fantastic response so I am very happy”

Watching the clip on Twitter, Shah Rukh Khan, who was hosting the #AskSRK session, responded to Ajay’s best wishes by saying, “Ajay has been a pillar of support and love to me and my family for years. He is a wonderful actor and beautiful human being. Strong and silent.”

Ajay has been a pillar of support and love to me and my family for years. He is a wonderful actor and beautiful human being. Strong and silent. https://t.co/gbDD1Zc2rm

Pathaan arrives in theatres on January 25, 2023, in Hindi, Tamil and Telugu. The film marks the return of SRK in a lead role after 2018’s Zero. Helmed by Siddharth Anand, it stars Deepika Padukone, John Abraham, Ashutosh Rana and Dimple Kapadia. The film will also have a cameo of Salman Khan.

Bholaa is the Hindi remake of the Tamil blockbuster Kaithi. The film released in 2019 which was an action thriller directed by Lokesh Kanagaraj. The film was headlined by Karthi alongside Narain and Dheena. It is produced by S. R. Prakashbabu and S. R. Prabhu under the banner Dream Warrior Pictures and co-produced by Tiruppur Vivek under the banner Vivekananda Pictures.

Bholaa is a story of a father who will fight anyone who comes in the way of his quest to reach his young daughter. The film will release in theatres on March 30, 2023.