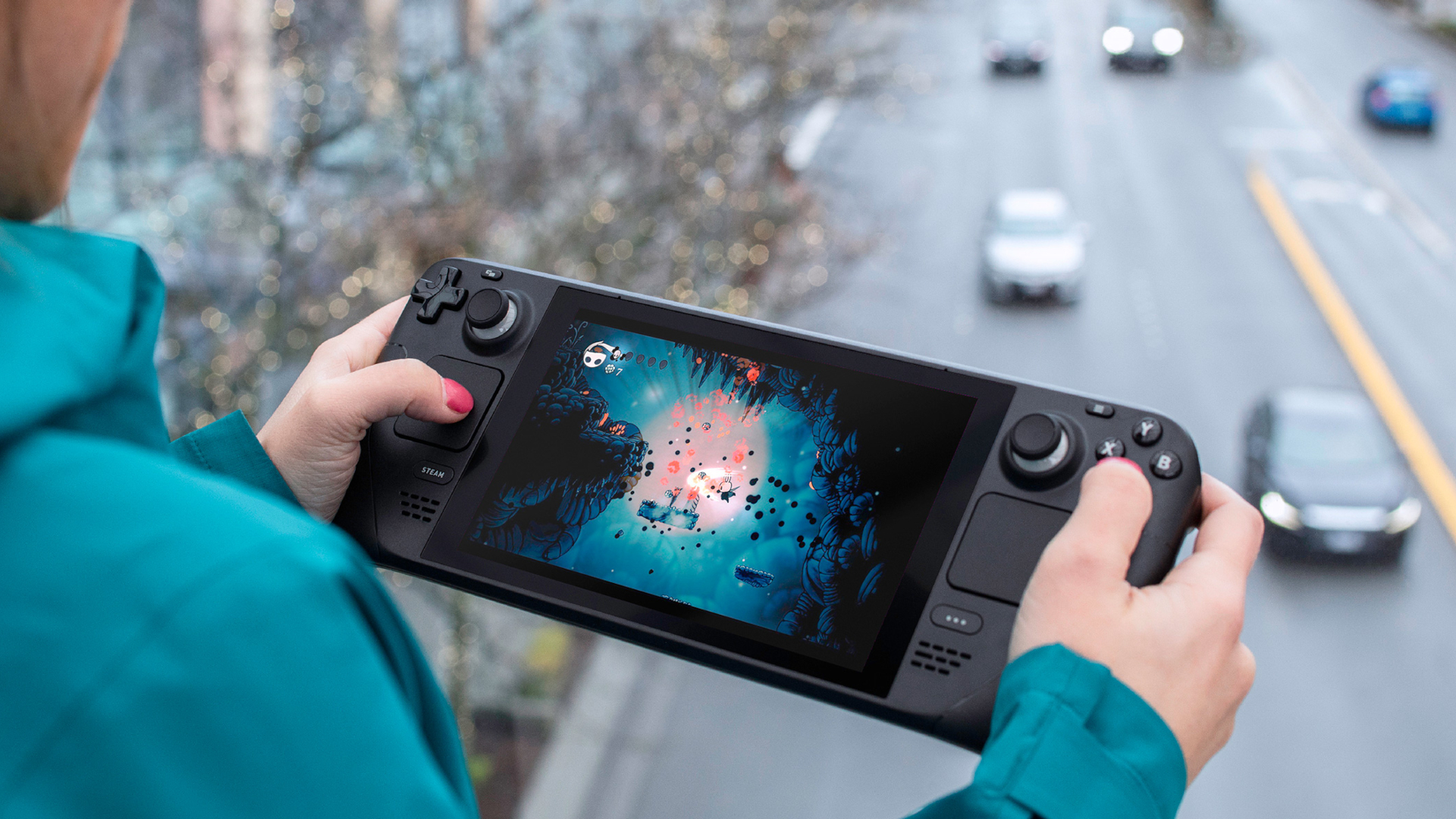 The Steam Deck has had its performance tested with a bunch of more demanding games, with the handheld acquitting itself reasonably well, overall – with some caveats as you might expect.

Digital Foundry (opens in new tab) (via Tom’s Hardware (opens in new tab)) conducted this round of testing, putting the Steam Deck through its paces with some of the more challenging PC games around including the likes of A Plague Tale: Requiem, Gotham Knights, and more.

A Plague Tale: Requiem looks fantastic, and is a tough cookie to handle for both GPU and moreover the CPU, which is perhaps why the Steam Deck struggles somewhat. Digital Foundry picked it for this stressful nature, of course, and noted that all graphics settings had to be pushed to their lowest level (save for texture resolution), and the game was run at an upsampled 720p (from more like 360p).

The net effect was still a reasonable-looking game, albeit with some omissions (like low-quality foliage, and indeed a pretty close draw distance) and visual glitches, and 30 frames per second (fps) was mostly achieved – just not without stuttering in places, particularly in more heavily populated locations. (The game’s notorious for this, though, even with full PC setups there’ll be stutter in some areas).

Gotham Knights is in a similar category, with inherent performance issues, and it’s a game that puts some serious stress on the CPU. Even when dropping all the graphics settings down, Digital Foundry observed the game being well short of 30 fps in open-world areas, with plentiful stutter making itself evident.

This isn’t a good experience on the Steam Deck, then, but as mentioned, there are broader performance (and stability) issues with Gotham Knights, so it was always going to be a tough nut to crack for the handheld.

Both of these games highlight that in titles that go heavy on CPU workloads, the Steam Deck can struggle more (although A Plague Tale: Requiem still ran okay, albeit with the visuals being far from ideal).

Digital Foundry further found that Need for Speed Unbound pushed the Deck’s capabilities, but was a “good experience overall”, and The Witcher 3 (with the recent next-gen upgrade applied) ran well enough (and looked good enough at the chosen settings), albeit with some stutter in denser city environments.

The Callisto Protocol also ran okay with reasonable levels for the graphics settings, with the caveat of enlisting the help of FSR 2 – AMD’s frame rate boosting feature – in performance mode. Finally, the PC port of Uncharted 4 performed admirably on Valve’s handheld, hitting a steady and consistent 30 fps (albeit again with the help of FSR 2).

Analysis: Poop Deck? Not a bit of it – besides, raw performance is missing the point for many

Digital Foundry was quietly impressed with the Steam Deck’s performance overall when battling some of the more taxing games around these days – as long as the player doesn’t mind dropping graphics settings appropriately (and perhaps putting up with minor blemishes and visual artifacts here and there).

The article concluded: “It is absolutely true that the Steam Deck can power compelling experiences with recent big-budget games – but … it’s possible to hit the system’s limits on key titles – even with everything running at minimal settings.

“The AMD Van Gogh APU at the heart of the Deck is an impressive portable chip, but clearly, it has its limits – especially in CPU-limited scenarios.”

We suppose the worry could be, then, that with next year’s demanding games, the Steam Deck will start to slip further behind, and even tweaking and tricks (and FSR, where available) won’t get you anything playable in the future.

A concern perhaps exacerbated for some folks by what we’ve heard about the next iteration of the Steam Deck. Namely that it won’t boost performance, preferring to keep a level playing field for all device owners going forward, instead focusing on the screen and battery life as the main areas for improvement. Only with the incarnation of the Deck after this can we anticipate beefier performance (presumably).

Still, in some ways focusing closely on performance for the Steam Deck is missing the point. For starters, we must remember that this is a handheld PC, and is never going to give you the same experience as a full desktop setup, with a big old PC case that can fit a giant discrete GPU inside (should you wish to fork out for the latter – price is the other issue here, with the Deck being a whole lot cheaper than a typical gaming PC, of course).

The entire point of the Steam Deck is to make a device that can be taken anywhere out and about, or allow you to have a brief gaming session in bed, last thing at night – and pound for pound, it offers great performance levels for what it is.

Moreover, many owners (including Deck addicts at TechRadar) just don’t care about playing AAA or hugely taxing games on the device. They use the Steam Deck to enjoy older (naturally less demanding) games, filling in the blank spots and classics which were stuck remaining unplayed in their games library – or for playing indie games, which equally will run like a dream on the Steam Deck. (Or indeed some folks go for retro gaming with emulation on the Deck, not that we condone the latter practice, of course).

Arguably, this kind of utility is really what the Steam Deck is all about, as a companion to a gaming PC in many (most?) cases. Because, after all, even if the Deck could (somehow) run visually complex and demanding AAA games smoothly without breaking a sweat, would you really want to play those on a small screen? No, you want to be sat in front of your big gaming monitor (ideally) to enjoy those graphics and sweeping landscapes to the max.

That isn’t to say that a faster-performing Steam Deck wouldn’t be a boon, and one such model will doubtless be coming, as Valve seems to have firm long-term plans for the handheld. Just don’t expect it anytime remotely soon (and apparently not with the next version of the Deck, from what we’ve heard so far as noted above).