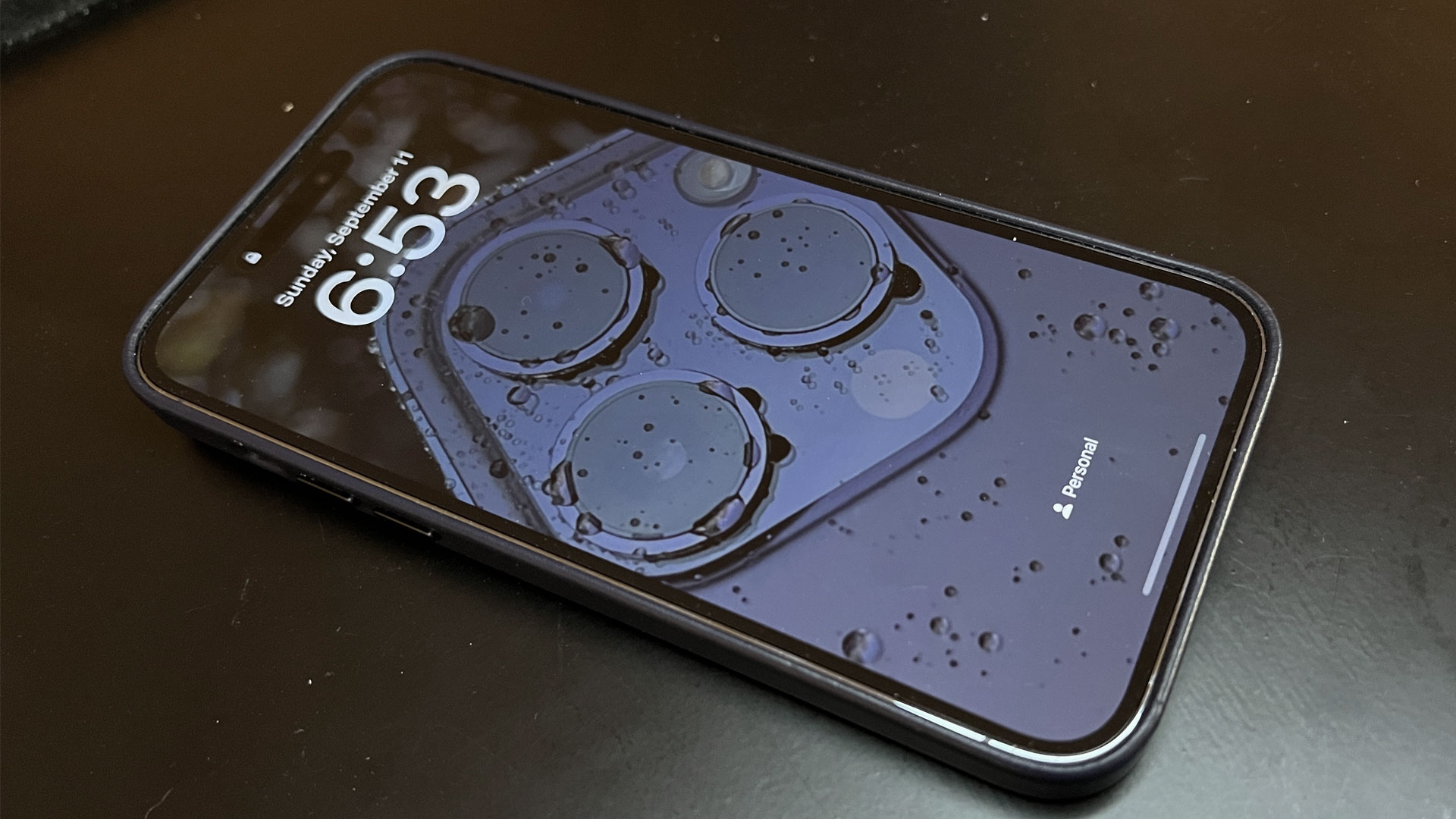 Along with the Dynamic Island and a 48MP camera, one of the biggest new features offered by the iPhone 14 Pro and iPhone 14 Pro Max was an always-on display, yet Apple’s implementation of the feature has proved controversial. Soon though, there could be a solution for those who want an always-on display, but not in the way Apple initially offered it.

Apple’s current always-on display implementation basically just dims the lock screen – but it’s still in color, and it still shows everything, which isn’t to everyone’s tastes. We’ll get more into why that is further down, but the big news is that the iOS 16.2 beta 3 includes an option to customize the always-on display.

If you disable both of those, then – as spotted by 9to5Mac (opens in new tab) – the always-on display will just show the time and your lock screen widgets against a black background, making for an appearance that’s much more like the always-on displays found on Android phones. It’s also the sort of implementation that those who are unhappy with the current version have been crying out for.

Looks nice, but I’ll stick with the fun and colorful option. https://t.co/dSmgX9P9C9 pic.twitter.com/SRIXMpzub8November 15, 2022

You can see how this looks in the tweet above, from Chance Miller, the editor-in-chief of 9to5Mac. Of course, some people actually like Apple’s current implementation, but the version found in this beta lets you have either version, so no one is going to miss out.

That said, as with any beta software there’s always the caveat that this feature might not make it to the final release, but we’d think it’s likely to – and with iOS 16.2 probably rolling out before the end of the year, we shouldn’t have long to wait.

Analysis: too much, too bright, and too much battery drain

The issues people have with Apple’s current version of an always-on display are numerous, but one of the main problems is that at a glance, or out of the corner of your eye, it can look like the screen is on – which is a tell-tale sign that a new notification has arrived and might need attention.

That, of course, is annoying, and a screen filled with notifications and other data – as the always-on display often can be – is also more than some people feel they need from the feature.

Plus, by showing the full lock screen, even dimmed, Apple’s always-on display can be a noticeable drain on the battery. Whether the new version in the iOS 16.2 beta is less battery-hungry remains to be seen, but it seems likely.

So, along with the recent launch of Apple’s Emergency SOS feature, this update should make the day-to-day experience of using the best iPhones even better.