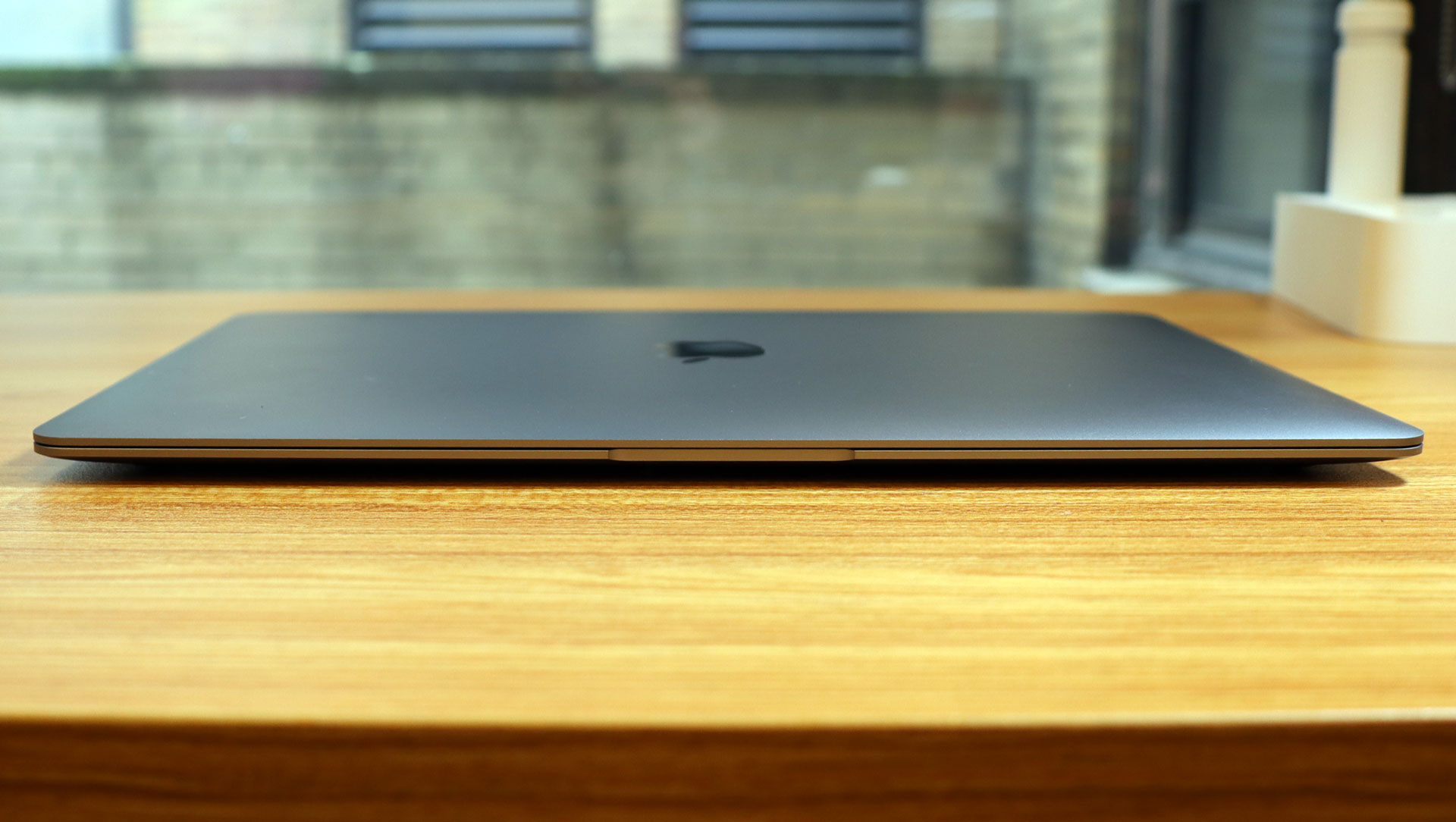 As we roll into the Black Friday deals season, one of the most sought after items year after year is the Apple MacBook Air. It’s not hard to see why, obviously. It’s a gorgeous computer with excellent performance, it’s lightweight and ultraportable, and for most consumers, it’s the kind of device that “just works.”

It certainly doesn’t hurt that it’s also much more affordable than just about any other Apple computer other than the Mac Mini. The MacBook Air’s reputation for affordability (relatively speaking) is one of it’s biggest appeals, which is why we were not a little disappointed that the latest MacBook Air model, powered by the Apple M2 chip, saw a pretty substantial price increase over the M1 MacBook Air it is replacing.

Still, the M2 MacBook Air might be the best laptop Apple has ever made for the general consumer market, and we’re seeing some really good Black Friday MacBook Air deals on the new M2s, but look past the FOMO in Starlight and you’ll see that the perfect MacBook Air has been here the whole time, and it’s getting some very aggressive price cuts right now.

We love the new MacBook Air, without a doubt (though, personally, I don’t like the way Apple went with its redesign, but c’est la vie). It is a powerful computer with a gorgeous display and it’s still as portable as ever, making it a great laptop to take with you around town.

The same can be said of the Apple MacBook Air with M1, though. And while it makes total sense to try to buy the most powerful laptop you can while it’s on sale, most users who just want to do some productivity work, video streaming, FaceTiming, and the like, the M1 chip is more than capable of providing snappy performance and excellent battery life at a much lower starting cost.

If you really do need something more powerful than the M1 chip, then you should really be looking at a MacBook Pro 13-inch, which will be much more in line with your needs, and these are also on sale so you can still save.

Now that the MacBook Air with M2 has been on sale for a few months now, there is increased pressure on retailers to make room for the newer models. That means clearing out their stock of the M1s, so prices are going to be even lower on average than they were last year.

There’s no reason not to pass up a great deal on a MacBook Air that will serve you well for years just because Apple slapped a slightly more powerful chip in their new devices.

Essentially, retailers are going to be pricing M1 MacBooks more aggressively, and that can mean savings of 20% to 25% off the entry level configuration, which is more than enough for most users.

Finally, times are tough right now, and the new MacBook Air with M2 is somewhat out of step with this. Sure, prices on everything have gone up and it’s not like Apple and every other manufacturer large and small hasn’t been dealing with supply chain issues for the past couple of years.

But there’s no getting around the fact that the typical sales we’re seeing on M2 MacBook Air models is still higher than buying an almost-as-powerful M1 MacBook Air at full retail.

Right now, the Apple MacBook Air M2 with 8GB memory and 256GB storage is $1,049.99 at both B&H Photo and Best Buy. That’s $50 above the launch MSRP of the M1 MacBook Air with the same memory and storage options, and we haven’t seen a MacBook Air M1 consistently selling at full retail price at any major retailer outside of Apple’s storefront for over a year.

With Black Friday and Cyber Monday deals slashing prices on the two-year-old M1 MacBook Air, you’re likely to get some substantial savings by going with the M1 model instead. To better illustrate, I’ve pulled together some of the best Black Friday laptop deals on both Apple MacBook Air models so you can see the difference for yourself.

Apple MacBook Air (M1): was now $799 at Best Buy (opens in new tab)
There might be a new MacBook Air model on the market this year, but the 2020 MacBook Air with M1 chip is still one of the best laptops around, and you can get 20% off this 8GB memory and 256GB SSD storage configuration right now at Best Buy.

Apple MacBook Air (M1) | $799 at Amazon (opens in new tab)
Save $200 – The 2020 Apple MacBook Air with M1 chip is one of the best laptops ever made, so finding it on sale makes it even better. You can get 20% off the entry-level configuration with 8GB memory and 256GB of SSD storage with this Amazon deal.

Apple MacBook Air (M1) | $899 at B&H Photo (opens in new tab)
Save $100 – Getting $100 off one of the best laptops ever made is a pretty sweet deal, and this 2020 Apple MacBook Air with M1 definitely fits the description. Our personal favorite laptop, you can grab it for 10% off the entry-level configuration, which includes 8GB of unified memory and 256GB SSD storage.

MacBook Air M2: was now $1,049 at Best Buy (opens in new tab)
Best Buy has the latest MacBook Air M2 for its lowest-ever price. The cheaper M1 model may be better for most, but this newer model does come with the added power of Apple’s M2 chip that will chew through all computing tasks. For creative professionals, it’s a laptop deal that can’t be beaten today.

MacBook Air M2: was now $1,049 at B&H Photo (opens in new tab)
B&H Photo always has some great deals on MacBooks, and it has the new MacBook Air M2 an all-time low price. Being more expensive than its predecessor, getting this entry-level MacBook Air with 8GB memory and 256GB SSD for $150 less than its retail is a great bargain, especially when you consider this one is powered by the all new M2 chip.

MacBook Air M2: $1,049 at Amazon (opens in new tab)
Save $150 – Amazon usually has great prices on MacBooks year round, but Black Friday is an especially good time to start looking for the laptop you want. This configuration, which comes with 8GB memory and 256GB storage and the new Midnight colorway, is $150 off right now, and this is more or less what we expect we’ll see on the new M2 models for the next few weeks.

Apple MacBook Air (M2) | $1,049 at Amazon (opens in new tab)
Save $100 – The new MacBook Air with M2 chip made quite a splash when it was announced at WWDC 2022, and Apple’s latest certainly doesn’t disappoint. It easily made out list of the best laptops of the year, and right now you can get the base configuration with 8GB memory and 256GB storage for just $1,099 at Amazon – an 12% savings off the retail price.

And keep in mind, it’s not just US buyers who are lucking out here, but in the UK, we’re seeing a similar story play out at major outlets like Amazon, Box, and Currys.

MacBook Air (M1, 2020): now £879 at Amazon (opens in new tab)
Save £120 – Stock for the MacBook Air M1 is now more stable and we’re seeing some better discounts as we head towards Black Friday. This configuration offers 8GB RAM and a 256GB SSD, which is a solid spec for all your computing needs. Today’s price is the best we’ve seen in months, so it’s a great time to buy if you don’t want to wait for any potentially better discounts in November.

MacBook Air (M1, 2020): now £879 at Currys (opens in new tab)
Save £80 – While everyone is fighting over the new M2 MacBook Air devices, you can kick back and relax thanks to this discounted M1 MacBook Air. While not as powerful as its successor, the M1 is still a very powerful chip, and given the M1 MacBook Air’s more accessible starting price, it’s easy to see why.

MacBook Air M2: now £1,149 at Box (opens in new tab)
Save £50 – Box has the new MacBook Air M2 for £50 off right now, which might not be the biggest discount around, but given the popularity of the new MacBook Air, finding one with any discount at all is a bargain. Powered by the new Apple M2 chip, this configuration comes with 8GB memory, 256GB storage, and the new midnight colourway.

MacBook Air M2: now £1,123 at Amazon (opens in new tab)
Save £126 – You can get the new MacBook Air with M2 chip for 10% off right now at Amazon and enjoy one of the best laptops ever made. Featuring speedy performance, excellent battery life, and a new, gorgeous redesign, this model comes with 8GB RAM, 256GB SSD, and the £126 discount at Amazon applies to every colour option, including the new midnight and starlight colourways.

MacBook Air M2: now £1,149 at Laptop Direct (opens in new tab)
Save £100 – Laptops Direct has started rolling out its sales on the new MacBook Air with M2 chip, including this 256GB models with a £100 discount. This might not be the biggest discount of the season, but anything off the higher sticker price of the M2 MacBook Air is a welcome sight.

While the Apple MacBook Air with M1 is already getting aggressively discounted, there is only so low they can effectively go. Grabbing an M1 MacBook Air for $749 is about as good a deal as you’re probably going to get on a new unit, so you’re still going to pay a decent amount of money for a MacBook Air regardless.

If you have the room in your budget, and you really want the best MacBook around, there is a case to be made that the M2 MacBook deals offer the better value even if they are more expensive since you’ll get a better degree of future-proofing and, obviously, you’ll get improved performance.

But if you’re on a tighter budget this year, as we all are, then there’s nothing wrong with going for an M1 MacBook Air, and its an excellent way to save some real money on a new laptop.