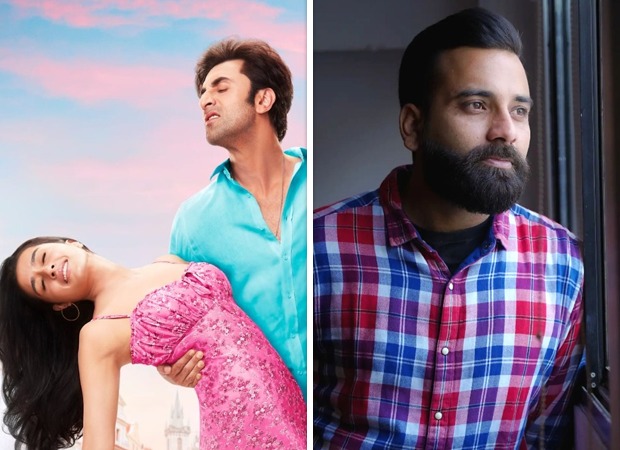 His performance in the movie is a surprise package which is sure to entertain the audience, but prior to that, everyone will get to experience his humorous act first-hand at the trailer launch event.

Talking about the trailer launch, a source informed, “Anubhav Singh Bassi debuts in Tu Jhoothi Main Makkaar and will also be hosting the trailer launch event. He is sure to leave everyone in splits. Bassi is a fantastic stand-up comedian and is a master of humorous punches and knows how to hold the audience’s attention and keep them entertained. Moreover, he’s spent a lot of time with Ranbir and Shraddha throughout the shoot of the movie and the three share an amazing bond together, so it just made sense to have him host the event and do the honours.”

The trailer launch invitation also says out loud “Let The Love Games Begin”. It looks like a fun event is about to roll out for the Tu Jhoothi Main Makkaar trailer launch. Bassi is especially flying down for this event after wrapping a show in Benaras. In addition, the makers have also planned some fun activities for Ranbir and Shraddha to go with the theme of “difficulties in love in 2023”. A few days back Shraddha also took to social media after watching the trailer of Tu Jhoothi Main Makkaar and asked her the following: “2023 ke pyaar mein sabse mushkil kya kai?”

TJMM brings along Ranbir and Shraddha together for the first time. The film is directed by Luv Ranjan, produced by Luv Films’ Luv Ranjan and Ankur Garg, and presented by T- Series’ Gulshan Kumar and Bhushan Kumar. It is all set to have a festive release worldwide in cinemas on Holi, March 8, 2023.